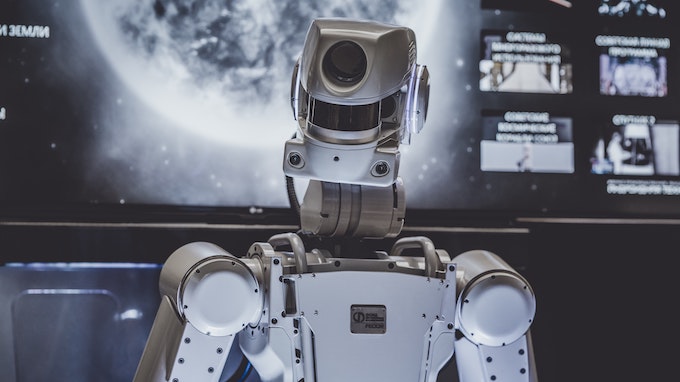 We hear new technology will be the death of us and that we'll soon all be unemployed. This is a misconception. In reality, innovation in AI and assistive technology is making humans more productive than ever before.

# A history of job replacing technology

Although I feel strongly that modern technology advancements will assist current workers, I would be remiss if I didn't mention jobs that have already been replaced by technology in the past. 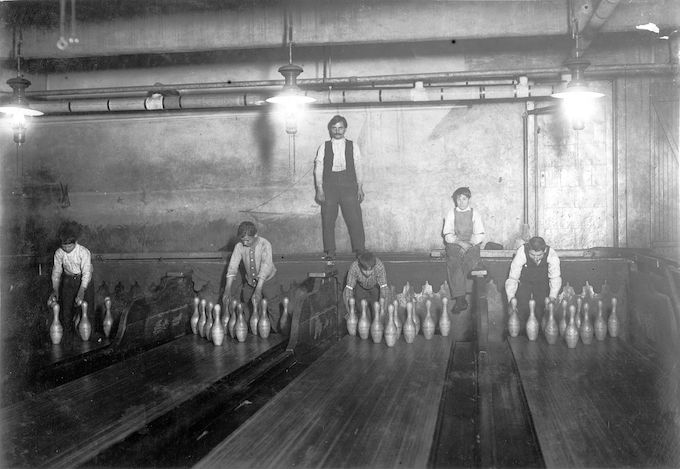 A few jobs that have been entirely replaced by technology include :

There are many more jobs that have been replaced by technology. These are the first ones that came to mind, and they all seem apparent when you think about them.

Before I get too far down the "technology will not replace jobs" road, I wanted to acknowledge that it indeed has happened before, and that's a worthwhile conversation to have! 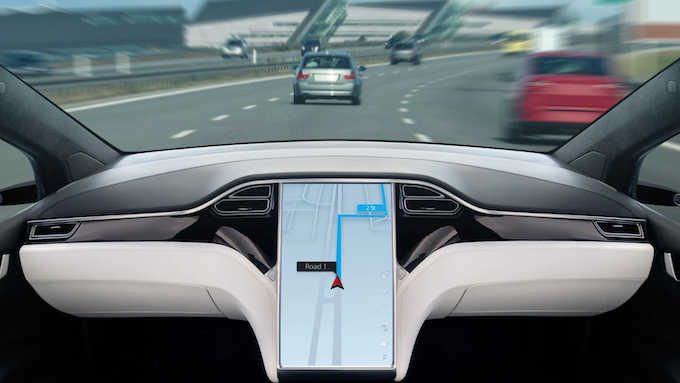 Self-driving car technology first debuted in 1925, but it is truly starting to become practical for everyday use. Some people argue that Leonardo da Vinci debuted the first self-driving car in the 1500s, but that's a story for another time.

The technology in self-driving cars has come a long way since we showcased the first models publicly, and it's incredible how much they've improved!

Some of the benefits of self-driving cars are :

When they first debuted, we were promised fully autonomous vehicles being on the streets by the early 2000s. As with most technology estimates, it wasn't entirely accurate.

Flash forward to the end of 2021, and we are still "just a few years away" from fully autonomous vehicles. In the meantime, we've seen the rise of backup cameras, lane assist, intelligent cruise control, remote start, and so many more technological advancements.

I don't care if we ever get fully self-driving cars. I love all the safety advancements we've already seen, and hope driving becomes safe and safer each year. The next thing I'd like to look at is intelligent copywriting tools like Jarvis and CopyAI. These tools sell themselves as giving marketers the ability to create content on their own, which is excellent if you don't have a copywriter or there are last-minute deadlines!

The benefits of intelligent copywriting tools are :

Again, these tools are billed as being able to replace human content writers entirely. But I feel like that isn't why they are helpful and shouldn't be the end goal.

The best part about using automatic copywriting tools is using them alongside a human writer to help with research, writer's block and turning ideas into content.

One of my favorite uses for these tools is saving me the few clicks it takes to search for something on Google. For example, I can type "The first automobile was created in " and then hit the "generate content" button, and it will fill in:

The first automobile was created in 1886 by German inventor Karl Benz.

I can also type "The most popular Content Management Systems in 2021 are " and hit the"generate content" button, and it will fill in:

The most popular Content Management Systems in 2021 are WordPress, Drupal and Squarespace.

I use this all the time while writing blog posts. It allows me to stay in the zone, focused on my text editor and lean on Jarvis or CopyAI to fill in bits of data.

Cards on the table I delete about 70% of the generated paragraphs and spend a decent amount of time reworking the content I do keep. Still, anything that helps me get over writer's block and back to writing I consider a win!

Finally, one of my favorite ways I like using these tools is as an idea generator. Suppose you're working on a project with multiple people. In that case, it's nice to have the first few sentences written out for everyone to get caught up and then work together on refining that paragraph or sentence into something useful.

For example, I'll type a blog post idea that I'm not super fond of into Jarvis, and it will spit out eight similar post ideas. Usually, one of them is exciting enough to get me writing!

I also love asking the AI to weigh in on an opinion piece. For example, while working on this post, I typed in, "People are afraid that artificial intelligence will take over jobs and make workers obsolete." and let it run! It came back with:

People are afraid that artificial intelligence will take over jobs and make workers obsolete.


Humans have been afraid of new technology for decades. In 1870, the Luddites destroyed weaving machines that they feared would put them out of work.


In reality, these advances made humans more productive and increased the demand for their labor.

It looks like the robots don't want you to fear them, which is just what they would want you to think if they were up to something!

# Technology replaces some jobs, improves others.

In the end, I think people are half right when they fear technology replacing workers at their jobs. There are specific jobs that no longer exist due to technological improvements. Some positions may be replaced soon, like bookkeepers, proofreaders and market researchers. There are also a lot of jobs that will continue to be done by people, but technology will allow them to do those jobs more efficiently.

We'll have to square with what to do with a society where we can automate a larger and larger percent of work. Ideally, we'd all find ourselves with way more free time and autonomy, but, somehow, we're busier than ever before!

I think it's important to remember that technology alone isn't enough to fix human issues. This is a tech post, not a political post, so I'll leave it for now, but as we can automate more and more tasks, we should try not to take each win as an opportunity to require more and more output from workers.

If technology is supposed to make our lives easier and it keeps advancing. Why are we still working so much? After reading some articles on Our World in Data, it looks like, while we are still working a lot, we may be heading in the right direction year over year!

Look at this graph on the numbers of hours worked per year. 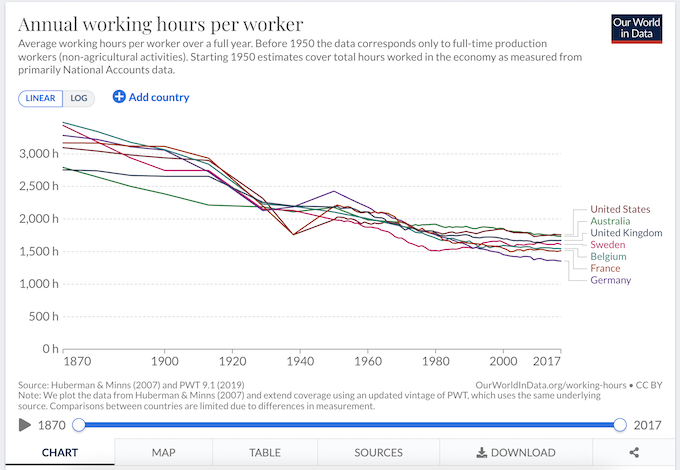 And this one on the number of days off per year. 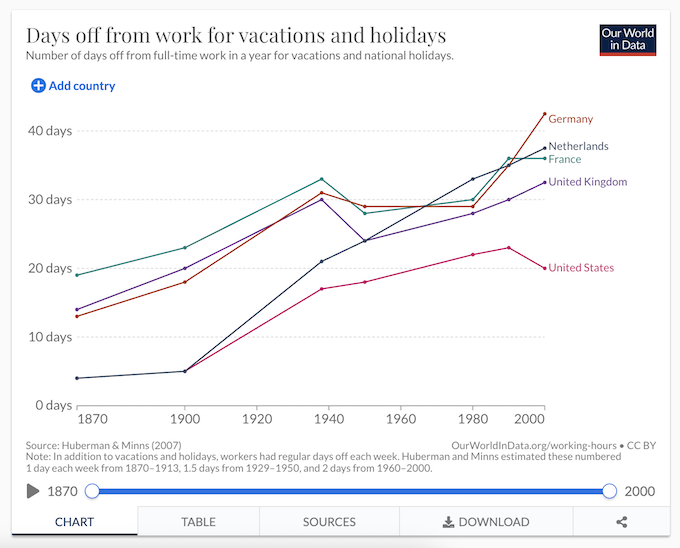 The main takeaway of this post is to focus less on the distant possibility of technology replacing humans and start looking forward to the frequent advancements of technology as assistive technology.